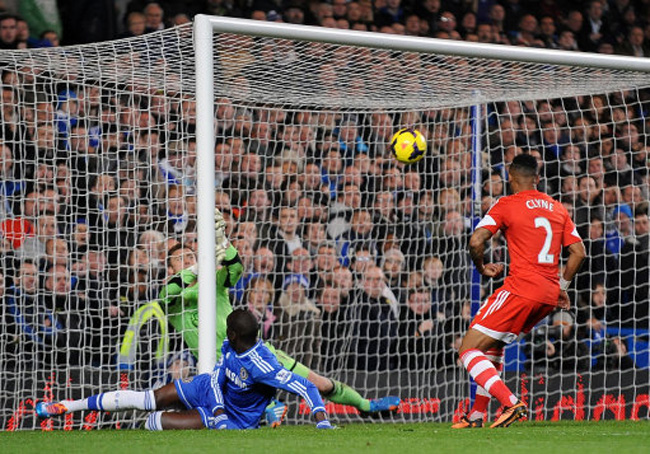 Despite going a goal down after just 13 seconds, Chelsea fought back to beat 3-1 against Southampton, a result which moves the Blues to within four points of league leaders Arsenal.

Jay Rodriguez was the early scorer for the Saints after a right clanger from the recalled Michael Essien and throughout the first period it was the visitors who carried the greater goal threat.

However, after the break, the home side rallied, with Gary Cahill and then John Terry, on his 400th Premier League appearance for Chelsea, scoring to put the Blues in the driving seat. Half-time sub Demba Ba (on for Essien at the interval) then made it 3-1 late on to secure a vital win for Jose Mourinho’s men, who keep the pressure on Arsenal at the top of the table.