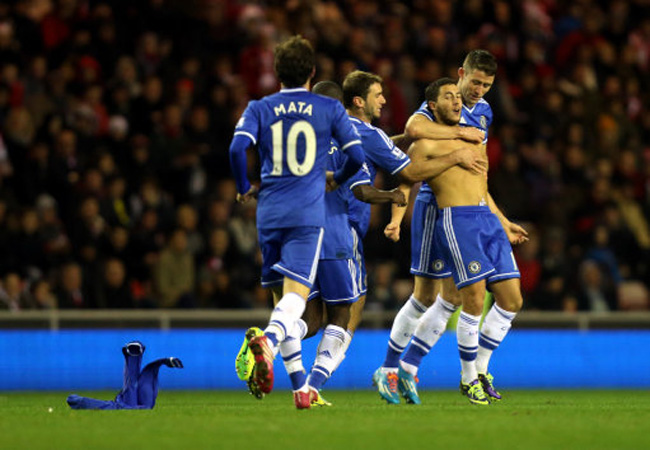 Eden Hazard netted a fine brace as Chelsea held on to secure a vital win at the Stadium of Light. Jozy Altidore opened the scoring before Frank Lampard levelled the scores. Hazard’s two goals sandwiched a John O’Shea strike before a goal at either end courtesy of Phil Bardsley lead to an exciting finale. But the Blues held on to keep the pressure on leaders Arsenal.