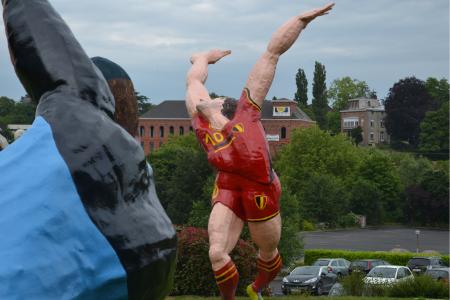 Tubize, the small town in Belgium where Eden Hazard spent his formative footballing years before leaving for Lille, have unveiled a new statue in tribute to their most famous son.

Standing on a grass verge outside AFC Tubize’s home ground, the huge surrealist statue was originally created in 1986 as a slightly odd and misplaced paean to Michel Platini (see below), but the local government hired artist Roberto Oliveiro to come back and re-spray the bulbous figure to look like Hazard. 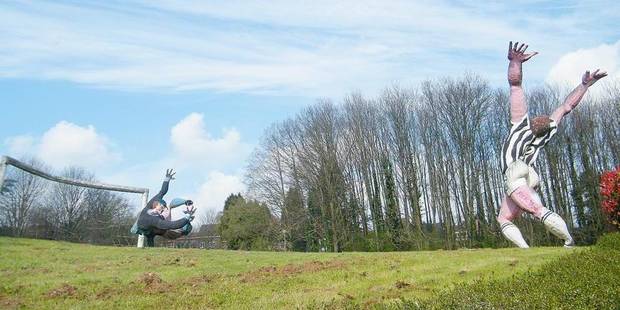 Unfortunately, Hazard himself was unable to attend the grand unveiling but his Mum went along to see what all the fuss was about, telling So Foot:

” Eden was flattered that we have thought of him. Since 2000, we brought him four times a week to train at the stadium in Tubize.

“He knows about the statue and it said it was a fun idea.”

Yep. She looks positively thrilled with it… 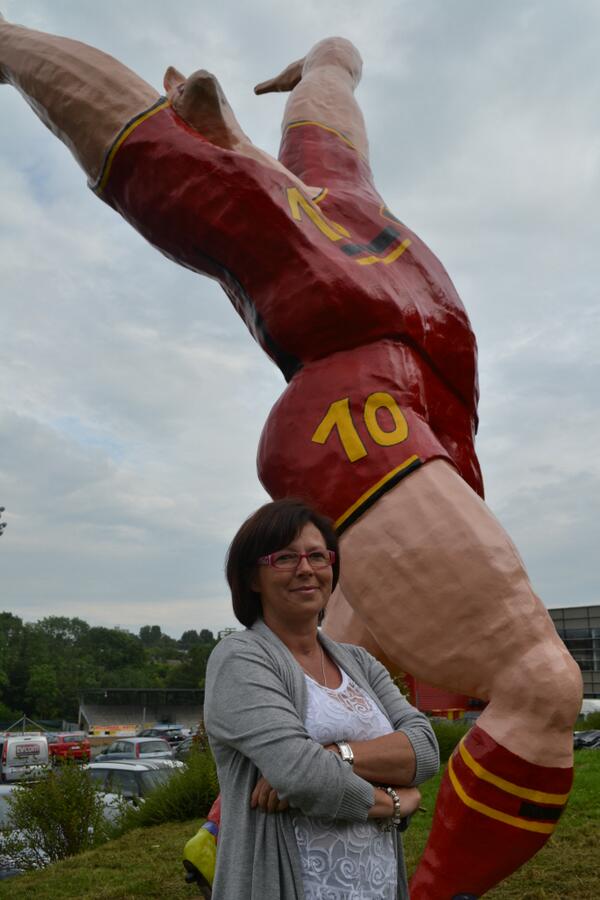