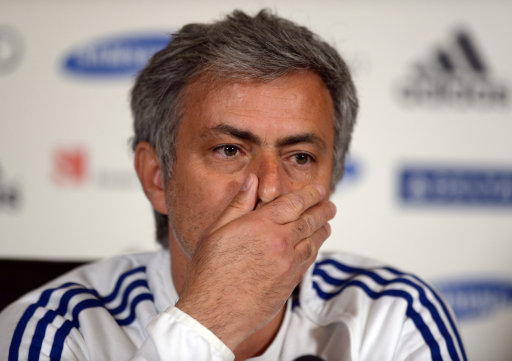 Jose Mourinho has admitted, not for the first time if memory serves, that he came perilously close to taking the England job upon leaving Chelsea, but was talked out of the idea after conferring with a higher power: his good lady wife, Matilde.

Mourinho was canned by Chelsea at the end of September in 2007, with Steve McClaren following suit two months down the line in December.

The Portuguese claims he was sorely tempted by the prospect of taking over the national side given that his Chelsea exit deal stated he was unable to manage again in the Premier League for the next two years, but was quickly talked out of it by his significant other – the right decision, as it happens:

“Lampard, Terry, Joe Cole, everybody, was saying, ‘Come, come, come [to manage England],’” My players said, ‘The guys from Manchester United and Liverpool call us and say to us: Tell your boss to come.’ I had lots of positive things to push me.”

“My wife told me not to take it and she was right. It was the right decision. We are talking about seven years ago … and I cannot wait two years for a big competition. I cannot be spending two years playing against Kazakhstan and San Marino.

“What would I do during the week? I could go to see the players training with their teams, I ask for permission to spend time with them and to have individual coaching with them … I have to work with them, I can improve things.

“I’m not going to stay at home, I have to travel, I want to see the players, I want to participate in their evolution blah, blah, blah, blah. But in the end my wife was saying: ‘No football, no matches, is not good for you.’