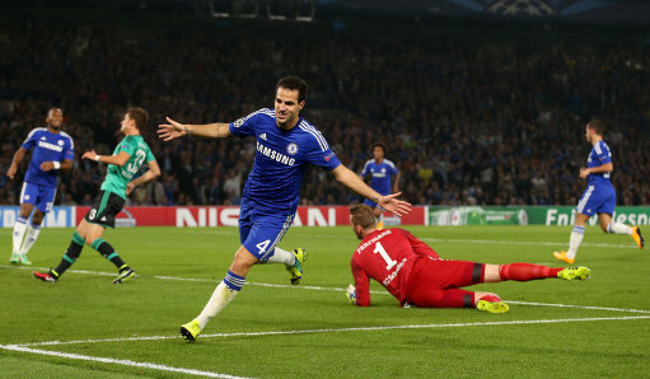 Expected to brush aside Schalke by most pundits and fans alike, Chelsea struggled to click into gear against their well-organised opponents on Wednesday night.

In-form midfielder Cesc Fabregas did open the scoring for the Blues, exchanging passes with Eden Hazrard before slotting home on 11 minutes. That goal had more than a hint of controversy about it after the Spaniard looked to have committed a foul in the build-up.

The visitors worked hard to stay in the game and had chances themselves, with Julian Draxler a threat throughout. Chelsea’s Champions League winning-hero Didier Drogba also had a great chance to put his side 2-0 up but failed to score when through on goal.

Ultimately, it was the Germans who would score the second goal of the game, when Draxler set up Klaas Jan Huntelaar just after the hour-mark. Chelsea did their best to re-take the lead with Loic Remy hitting the post. However, in the end Jose Mourinho’s charges would have to settle for a rather disappointing point.