Two second-half goals rescued Chelsea from yet another Premier League defeat this season as Steve McClaren’s Newcastle came within a whisker of their their first win of the campaign. 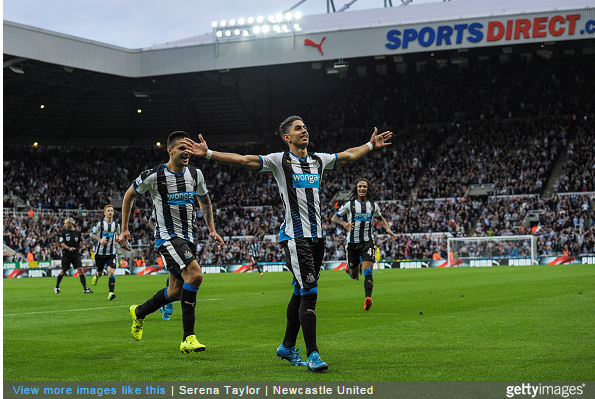 The home side, so poor in recent fixtures, were full of running in the first-half against a Chelsea side, who looked short of ideas.

With Diego Costa suspended, former Newcastle man Loic Remy started up front, but the Frenchman struggled to make an impact.

Just before the break, the Magpies got what they deserved, when Ayoze Perez capitalised (superbly) on a mix-up between Kurt Zouma and Branislav Ivanovic, to fire home the opener.

Great finish from Ayoze Perez to put Newcastle into the lead. pic.twitter.com/xk4BvYQ45z

After the break, the Blues improved but it was Newcastle who would score next, with Georginio Wijnaldum heading home after slack marking from Cesc Fabregas.

Jose Mourinho sent on Willian for Nemanja Matic and Falcao for Remy as he looked to kickstart his side’s afternoon. Soon after he replaced Oscar with Ramires with his side facing yet another defeat.

However, the changes worked, with Brazilian Ramires producing a magnificent long-range effort which left Magpies’ ‘keeper Tim Krul with no chance.

Then, on 86 minutes, the comeback was completed when a Willian free-kick into the Newcastle box evaded everyone and sailed into the back of the net.

The result sees Newcastle second from bottom, with a dismal return of just three points from their first seven games. However, the manner of the performance is sure to give the Toon Army hope for the rest of the season. As for Chelsea, the hard-earned point won’t mask the deficiencies in their performance, with more defensive lapses surely a concern for Mourinho.