On yet another dismal night for Premier League sides in Europe, Chelsea went down 2-1 away at Jose Mourinho’s old stomping ground, the Estadio do Dragao. 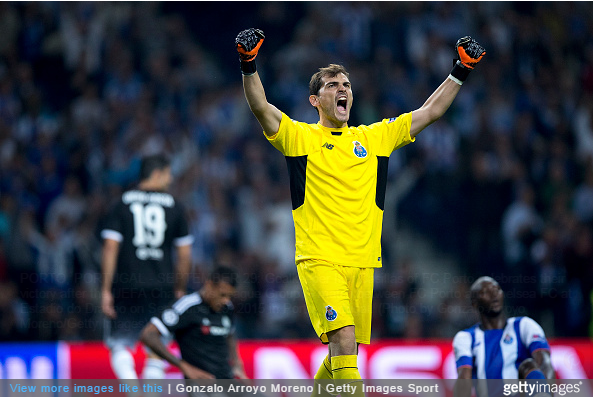 Mourinho left both Eden Hazard and Nemanja Matic on the bench but his side started brightly, with both Cesc Fabregas and Pedro forcing fellow compatriot Iker Casillas (making a record-breaking 152nd Champions League appearance) into a couple of good saves.

However, it was the hosts who’d eventually open the scoring, with midfielder Andre Andre (so good they named him twice) firing home after Asmir Begovic had kept out an effort from Yacine Brahimi. Once again, Branislav Ivanovic hardly covered himself in glory here with some weak defending.

The opening goal had come on 39 minutes, but just six minutes later the Blues got themselves back into the game, courtesy of a superb free-kick from Willian.

After the break, the west Londoners were once again caught out at the back, with Maicon flicking on a corner to put the hosts 2-1 up.

The Maicon goal that puts Porto up 2-1: pic.twitter.com/9BTD4EOcfk

Soon after Maicon’s goal, Diego Costa saw fired an effort against the Porto woodwork as the Blues looked to get back on level terms.

Mourinho sent on Hazard for Jon Obi-Mikel just after the hour-mark.

However, the Portuguese side continued to threaten Begovic’s goal, with the ‘keeper making a number of good saves before Danilo Pereira headed against the Chelsea post from yet another corner.

The visitors also had a shot for a handball in the box (courtesy of Ivan Marcano) ignored by the officials, with the game ultimately ending in yet another defeat for Chelsea in what continues to be a poor season for the Premier League champions (although they should still qualify for the Last 16 of the Champions League).