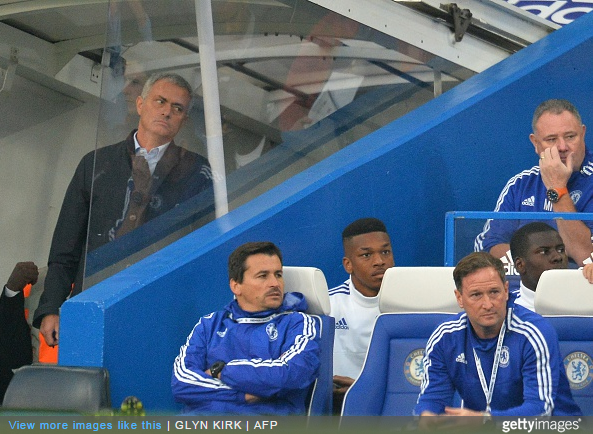 We can see you sneaking out…

Chelsea’s top brass have taken the slightly unusual step of issuing a short statement on the club’s official website this afternoon to announce that Jose Mourinho still retains their full support despite his side’s lumpy start to the season.

The Blues lost 3-1 against Southampton on Saturday to leave them languishing way down in 16th place, four points above the relegation zone and already a full 10 points behind leaders Man City.

Indeed, in the aftermath of Chelsea’s latest defeat, Mourinho himself defiantly blarted that the club would have to sack him if they wanted shot of him, as he refuses to resign.

Two days later and Mourinho has been issued with what’s known in the trade as the DREADED VOTED OF CONFIDENCE™.

The club wants to make it clear that Jose continues to have our full support.

As Jose has said himself, results have not been good enough and the team’s performances must improve.

However, we believe that we have the right manager to turn this season around and that he has the squad with which to do it.

So that’s that then…for now, at least.