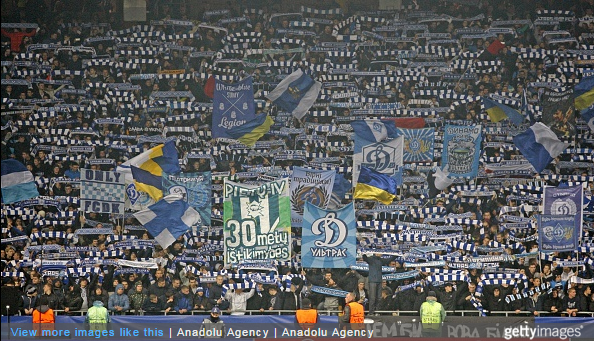 The executive director of Dynamo Kiev’s Olympic Stadium has gone on record as saying that segregated stands for black fans may be a “good idea” in the wake of Eastern European football’s latest shameful dalliance with racist abuse.

The problem came to the fore once again last week when damning footage circulated of four black fans being attacked in the terraces during Kiev’s 0-0 draw against Chelsea in the Champions League.

Now, in his tireless quest to rid the NSC Olimpiyskiy of such disgraceful scenes, executive Volodimir Spilchenko believes he’s come up with the solution.

“We are trying, maybe, to make a special sector [for black fans] in order to avoid the manifestation of racism,” Spilchenko is quoted as saying in an interview by the Washington Post.

Gob-smacking, isn’t it? You really couldn’t make it up.

Referring to the aforementioned black fans specifically, Spilchenko explained that his administration attempted to make amends on the night but saw their apologetic gestures snubbed.

“Representatives of the stadium administration came to these guys and offered them to change seats, even to more expensive ones, but our proposition was ignored,” he added.

May we politely suggest that a more effective plan might be to segregate Dynamo Kiev from the rest of European football?