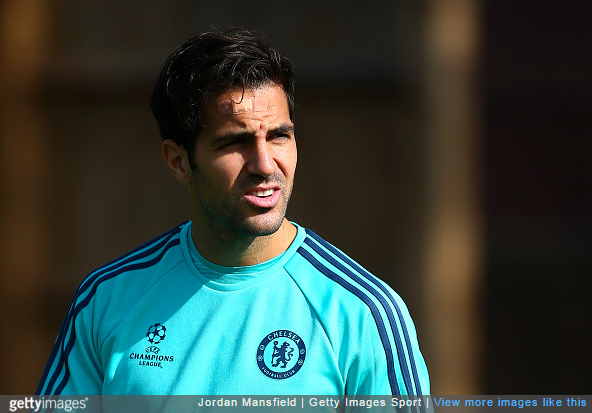 While the ‘crisis’ at Chelsea really amounts to a handful of duff performances and a couple of tetchy post-match interviews, the media have quickly turned the club’s malaise into a pantomime of intrigue, betrayal and subterfuge.

Shortly after the 2-1 defeat against West Ham, BBC 5Live reported that an anonymous first-team player at Chelsea – let’s call him ‘Deep Throat’ – had contacted a member of the press to confide that he’d “rather lose games than win for Jose Mourinho”.

Deep Throat was quickly outed as Cesc Fabregas – his obvious motive being that he’d started the last couple of games on the bench and wasn’t happy.

Turns out that was complete hokum, with Fabregas writing the following passage on his official Facebook profile this morning to clarify his position…

I would like to clarify that contrary to a few reports form some online websites, I am extremely happy at Chelsea and have an excellent relationship with the manager.

There maybe certain individuals from the outside trying to destabilise this club but I strongly believe that we will bounce back and come good again.

He would say that though, wouldn’t he?