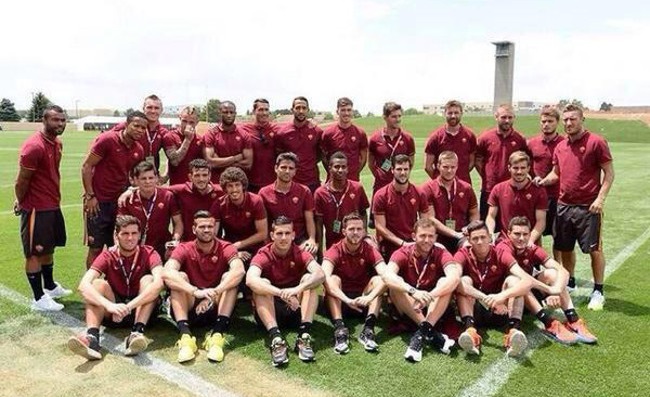 AS Roma were left with a slightly bittersweet taste in their mouths after their recent 2-0 win over Lazio in the Derby della Capitale thanks to a fairly serious ankle injury suffered by Mohamed Salah.

The Egyptian international winger had been in fantastic form going into the game but left it on a stretcher after rupturing ankle ligaments in a challenge by Lazio midfielder Senad Lulic.

As such, Salah is now facing a minimum of 4-6 weeks on the sidelines, though he was all smiles as Roma’s official Twitter account posted an update from his hospital bed… 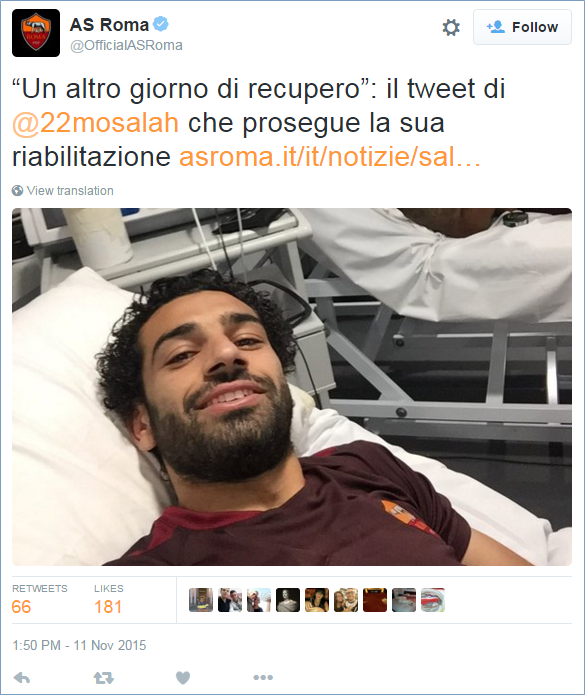 Eagle-eyed viewers may notice that Salah wasn’t alone on the ward, as the errant elbow in Roma’s photo duly proves.

Indeed, another ex-Chelsea player is occupying the next bed along – not that he was deemed important enough to be included in the image of Salah, as the uncropped version duly proves… 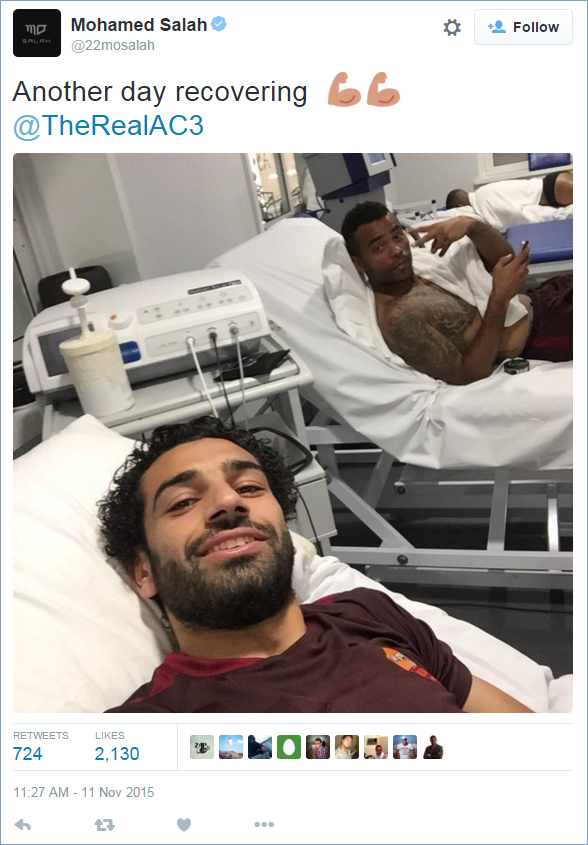 Just 11 Serie A appearances in 16 months, in case you were wondering.