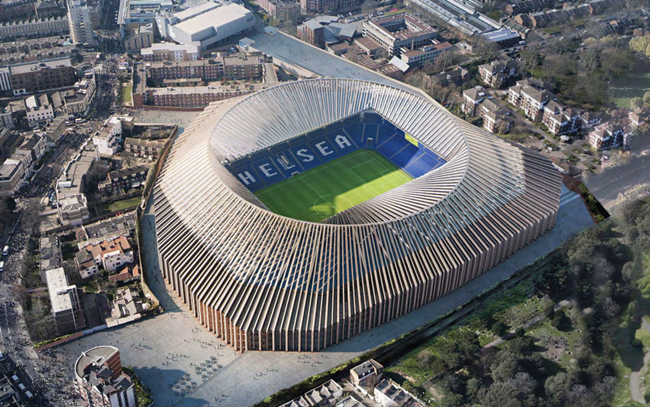 It would appear that Stamford Bridge is indeed falling down with the revelation this morning that Chelsea have submitted a planning application to build an enormous new 60,000-capacity stadium on the site of their current home.

The plans have been submitted to the Hammersmith and Fulham Council, who have outlined the club’s proposal on their website thus:

The application comprises the demolition of the existing football stadium which has a capacity of 41,600 seats and other buildings within the ground, and the construction of a new larger football stadium with a 60,000 seat capacity.

Other features include ancillary stadium-related uses including a club shop and museum, plus a separate restaurant/cafe use.

Swiss architects Herzong & de Meuron have lavished us with the most detailed mocked-up image of their swanky Neu Stamford Bridge to date (see above), which is an enhancement of the first pencil sketches they released a few months ago of a stadium “designed to resemble a castle, or a medieval walled village”.

Looks more like a Slinky to us, but hey ho.