A Champions League winner himself with both Marseille and AC Milan, French legend Marcel Desailly certainly enjoyed himself during Monaco’s 1-1 draw with Bayer Leverkusen in Monte Carlo. 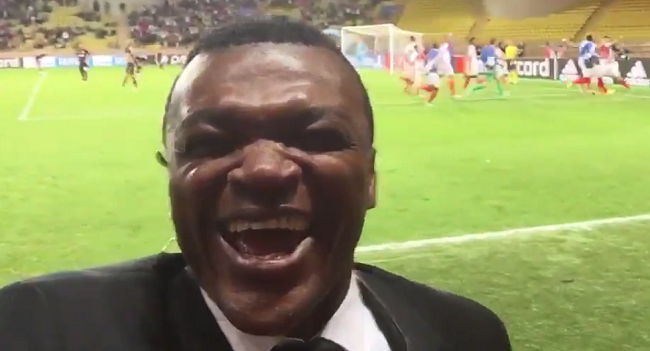 Working as a pundit on the game, former Chelsea star Desailly was filming himself on the sidelines when, in injury time, centre-half Kamil Glik fired home a cracking injury time equaliser.  Understandably, the 48-year-old Frenchman was rather pleased with the goal, with his reaction utterly superb.

A World Cup 98 and Euro 2000 winner, Desailly still looks in good shape while his love for the game certainly hasn’t faded. Maybe he could do a job for Chelsea at the back?