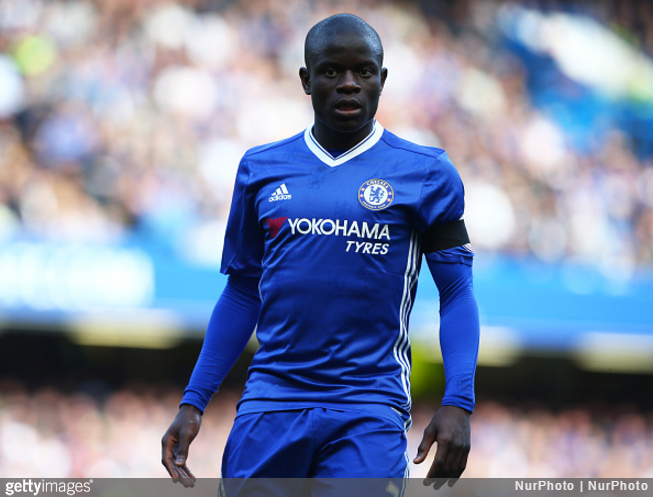 Chelsea midfielder N’Golo Kante has been named the FWA Footballer of the Year for 2017.

Kante, who arguably should have won it last year too, pipped Eden Hazard and Dele Alli in the running.

According to the Telegraph, Blues twosome Kante and Hazard collected more than 65% of the journalists’ votes, which were spread over a record number of 17 different players.

Being such an austere and estimable organisation, there was no danger of the FWA going overboard with their announcement…

N’Golo Kante is Footballer of the Year https://t.co/MDyBQ2cBRY

This coming less than a month after Kante was voted PFA Player of the Year by his peers.

It’s amazing how far running around like a blue-arsed fly can get you!