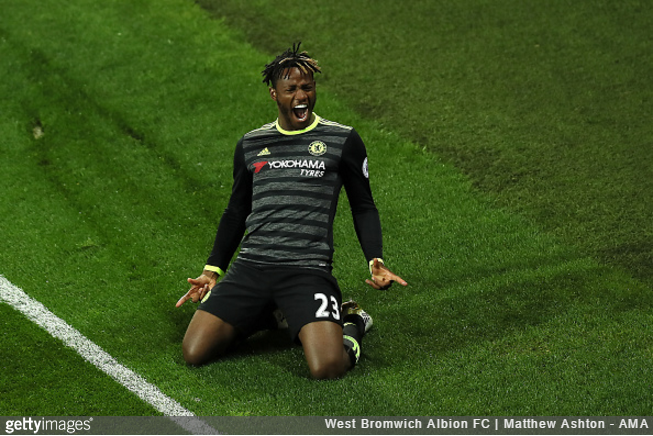 It took 82 minutes of toil, but Chelsea finally broke down West Brom’s barricades to secure the win they needed to wrap up the 2017/18 Premier League title.

The Blues’ 28th victory of the season leaves them 10 points clear of second-place Tottenham, who only have three games left to play.

The decisive goal was prodded home by Michy Batshuayi, who hasn’t started a single Premier League game this season.

Indeed, the goal was actually the Belgian striker’s first shot on target in the league since September, and boy oh boy did it prove to be a biggie…

Of course, Batshuayi’s goal sparked scenes of delirium, mostly from the irrepressible Antonio Conte, who came leaping onto the pitch…

The final whistle eventually threeped around the Hawthorns after five fidgety minutes of injury time, leaving Conte’s side to celebrate in unison in front of their travelling fans…

This was how Antonio Conte celebrated Chelsea’s victory after the final whistle. This man passion tho💯#FanLiveNG
pic.twitter.com/yhHkP6ls3r

Not a vintage season by any stretch, but still a formidable achievement nonetheless.