N’Golo Kante has signed a new Chelsea contract and that means two things: 1) the Blues will have their midfield engine well stoked for the foreseeable future, and, B) the economy will be given a welcome boost.

This week, Kante agreed a new five-year extension at Stamford Bridge that will see his salary bumped up to around £15million per annum.

This, coupled with recent revelations that the diminutive French destroyer snubbed the offer of having his wages paid through offshore firms to help save on tax, means that he is now more of a boon to the UK economy than both Amazon and Starbucks combined.

Indeed, the new contract will see Kante paying £6.7million in tax, which is approximately £500,000 more than the two aforementioned companies paid last year, despite making profits of over £240million between them in 2017.

This from the Mirror:

Chelsea’s highest-paid player will now shell out £564,000 a month in income tax. He will also pay £305,000 in National Insurance annually.

As part of Der Spiegel’s recent spate of football leaks, it was claimed that Chelsea gave Kante the option of routing 20% of his wages, covering image rights, paid into a Jersey tax haven when he originally joined the club – though being a jolly fine fellow, he naturally refused.

Oh, and he’s also good for the environment too… 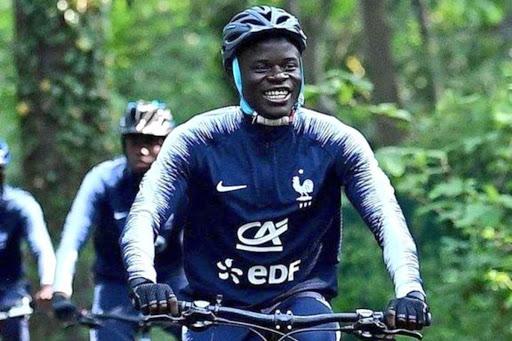 Look at his little face. Blessed be.