They might have made unnecessarily heavy weather of it, but Chelsea made it through into the semi-finals of the Europa League with a 4-3 win over Slavia Prague on Thursday.

Having won 1-0 out in the Czech capital last week, goals from Pedro, Pedro Olivier Giroud and an own-goal from Slavia’s Simon Deli saw the Blues go 5-1 up on aggregate  inside the first half-an-hour, only for the visitors to start reeling the scoreline back in during the second half.

Sure enough, after setting up Toma Soucek for Slavia’s first goal (25′), Petr Sevcik saw the favour returned twice in the space of five minutes as Soucek laid on both assists for a Sevcik brace (51′ and 54′).

However, Chelsea held out to win 5-3 overall and therefore book themselves safe passage. David Luiz also enjoyed a little personal boon after being reunited with his long-lost twin after the final whistle… 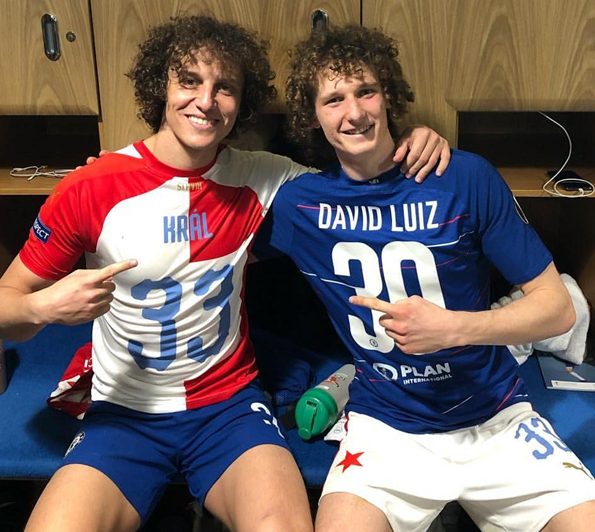 Luiz and Chelsea will now face Eintracht Frankfurt, who are into the semis of a European tournament for the first since 1980 after beating Benfica on away goals.