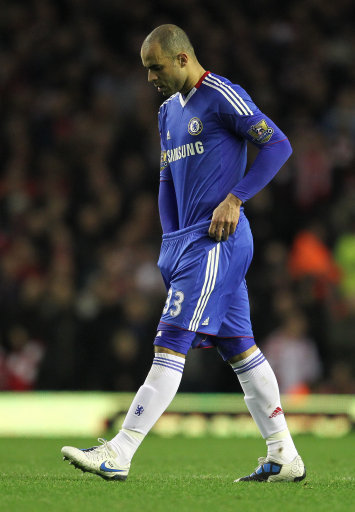 ‘Thunderbooted, thunderthighed’ (© Ollie Irish) centre-back Alex‘s knees are either made from that fancy metal from which Wolverine’s spine is hewn, or Chelsea are bunch of big, fat lily-livered liars.

Two days ago Chelsea’s official site announced that the Brazilian defender was due to face the next eight weeks on the sidelines to undergo long-overdue surgery on a troublesome medial ligament.

However, it has been leaked this afternoon that Mr da Costa will be brought back from the brink on bed-boundsmanship, and will duly start alongside Branislav Ivanovic in defence for their trip to Birmingham tomorrow.