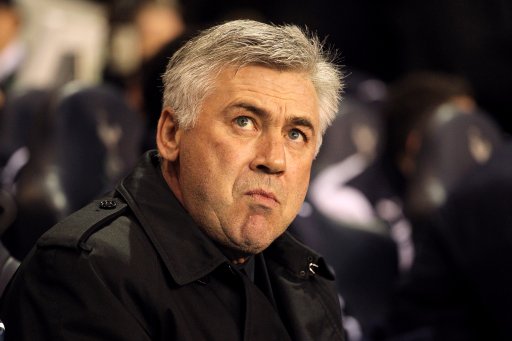 Pressure-bound Chelsea manager Carlo Ancelotti has scotched rumours that he is about to walk out on the club, telling the Italian press that he fully intends on seeing out his contract.

The Italian also rubbished talk of rifts beginning to surface within the Chelsea squad, with the reigning Premier League champions currently suffering their worst sequence of results since the creation of the universe:

“There aren’t problems in the dressing room, the relationships are good. Everything depends on the results, which haven’t arrived because of too many misfortunes.”

Chelsea have dropped from the summit of the table to fourth after a string of underwhelming performances, but Ancelotti admitted that he was heartened by his side’s performance in their last outing – a 1-1 draw with ‘pretenders to the throne’ Tottenham:

“In that game I realised that we are alive, and we will start winning soon.”

Man United on Sunday should be a formality then. That said, Ancelotti’s job will be made just that little bit easier thanks to the return of long-term lay-off Frank Lampard, who is expected to start for Chelsea for the first time in nearly four months.