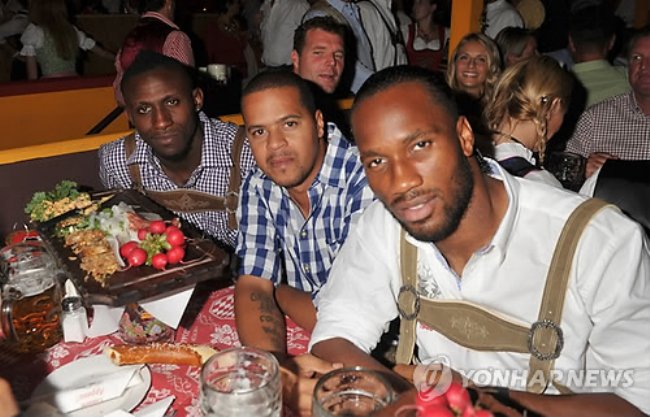 Ivory Coast teammates Didier Drogba and Steve Gohouri donned thier lederhosen and flew out to Munich on Sunday afternoon to sample a wee smidge of the Oktoberfest festivities currently engulfing the city and, by all accounts, had a gay old time – though not quite as gay as a member of the German press would have it.

Midway through the evening, a reporter for a local news channel unwittingly referred to Gohouri as Drogba’s ‘boyfriend’  – which apparently caused the pair to break out in a fit of girlish giggles and secretly hold hands under the table for the rest of the night.