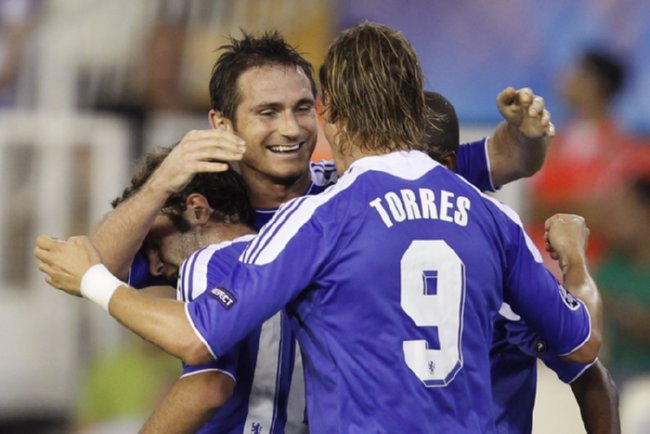 After an opening 20 minutes of mis-placed, error-strewn passing and bumbling first-touches that resembled the scene from Space Jam where Charles Barkley, Mugsy Bogues et al have their ‘talent’ removed, a very decent football match broke out at the Mestalla last night – with Chelsea robbed of a narrow win at the death thanks to Salomon Kalou’s flappy hands.

As well as having a nailed-on first-minute penalty appeal turned down after being wiped out by Adil Rami while through on goal, Fernando Torres came close to making ‘three on the bounce’ on several occasions but Valencia ‘keeper Diego Alves kept him, Ramires and one of his own defenders at bay with a string of fantastic second-half saves.

Frank Lampard started, played well, sweated like Billy-o and capped his evening with a goal, slotting Florent Malouda’s pinged cross in at the far stick from 12-yards in the 56th minute and it looked like it was going to be the winner until Kalou entered the fray (in place of Lampard) in the 83rd minute and duly gave away a penalty five minutes later – inexplicably wafting a wayward finger at a Valencia corner, with Roberto Soldado rolling home from the spot to equalise.