Spanish summer signing Juan Mata was the star of the show for Chelsea on Saturday, with the diminutive attacker inspiring the Blues to a valuable victory over Everton at Stamford Bridge.

The former Valencia man started the move which was deftly finished off by Daniel Sturridge to make it 1-0 on the half-hour mark and also crossed for Ramires to tap in to make it three. In between those goals, England’s John Terry rose to head a Frankie “Lamps” Lampard free-kick past a stranded Tim Howard just before the break.

Sub Apostolos Vellios did net a consolation goal for an Everton side that worked hard and, for certain periods of the game, matched Chelsea. However, in the inventive Mata, André Villas-Boas has a no. 10 capable of producing that little bit of magic just when it’s needed. 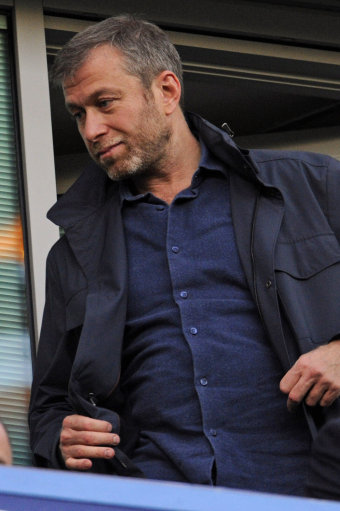 Roman Abramovich takes his seat before the game, still sporting his rubbish beard. Shave it off, Roman! 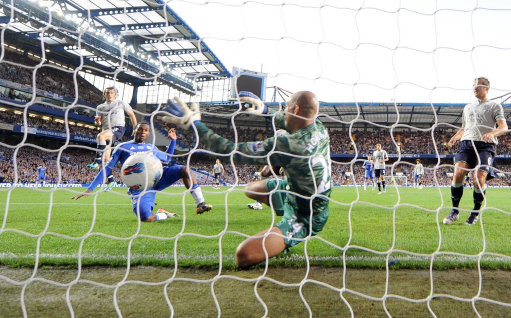 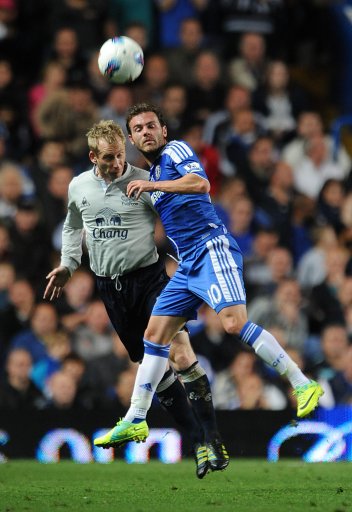 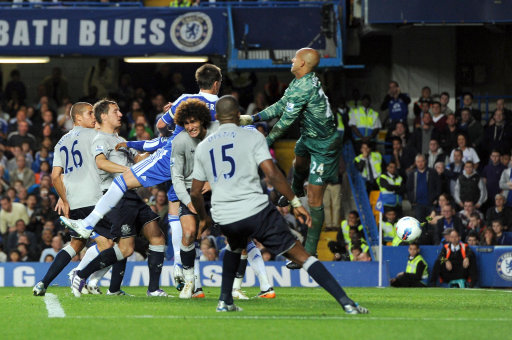 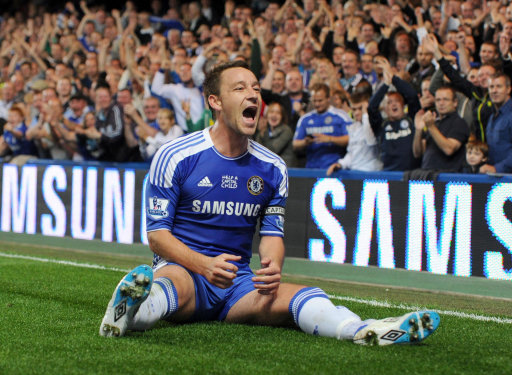 Terry looks rather happy with that goal 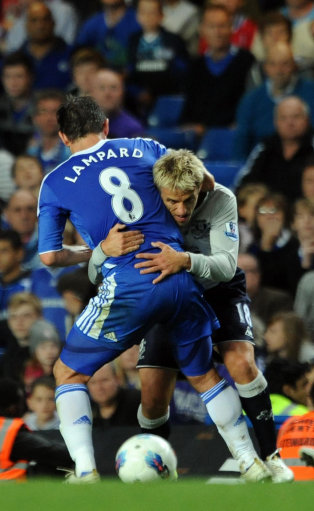 Frankie and Phil have a good old wrestle 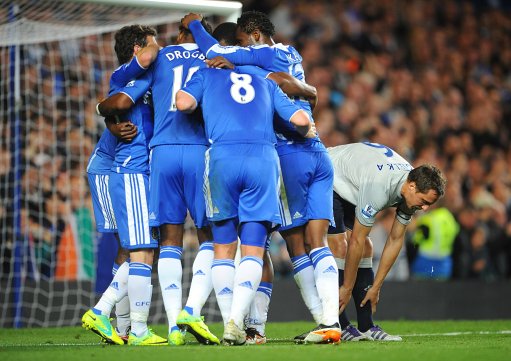 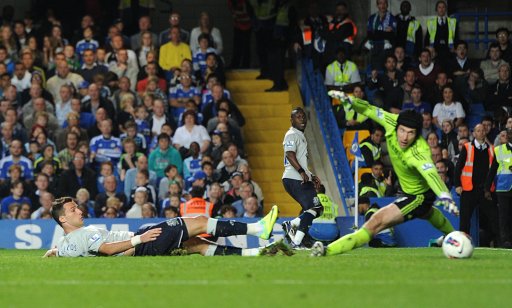