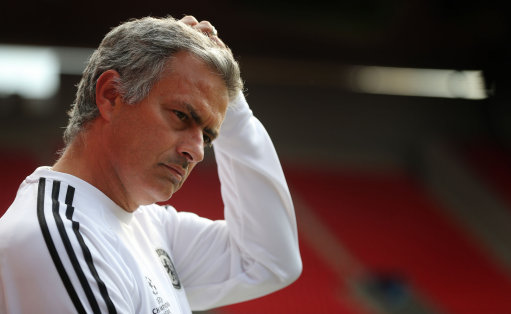 Fulham have pulled off a significant coup today in announcing that Jose Mourinho has joined the club on a one-year deal having left Real Madrid in the summer.

Yep, you read that correctly! Jose Mario Mourinho, the 14-year-old son of Chelsea manager Jose Snr, came to the end of his contract at Real Madrid’s Canillas youth side and, following a successful trial, the young goalkeeper has now joined the Cottagers on a 12-month contract.

According to MARCA, Mou Jnr was given the option of joining his old man at Chelsea but, rather than spend a year with his dad’s beady gaze fixed upon him, opted to sign for Fulham’s U14 side instead.

Jose Mario’s got good genetics when it comes to this goalkeeping lark too, what with his granddad being Felix Mourinho and all – i.e, Vitoria Setubal’s long-serving no.1 throughout the late 1950s and 60s who went on to collect one Portugal cap in 1972.