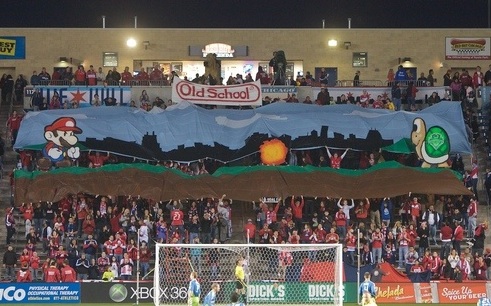 As a taunt to rivals Seattle Sounders – who are sponsored up the ass by Microsoft’s Xbox – Chicago Fire’s hardcore fans, aka Section 8, unveiled this huge Super Mario banner before their recent MLS clash. Not that it helped, as the Fire crashed and burned in a 1-0 loss that effectively ends their season. They’ve won a limp six games out of 24 so far, which is relegation form… except of course there is no such thing in America. Phew.