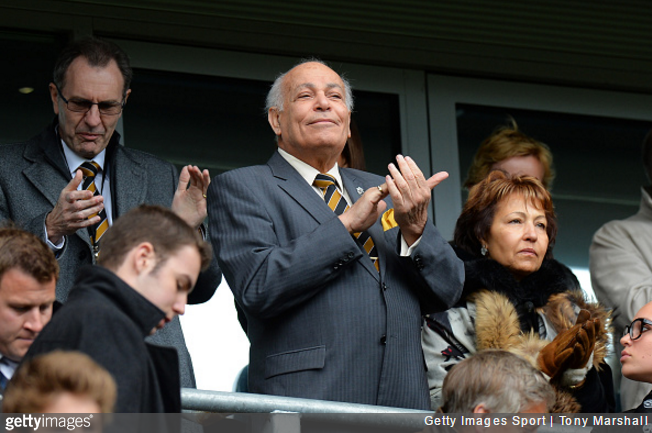 Hull City’s largely unpopular owners have confirmed that they are in the final stages of packing up and shipping out of the KC Stadium having put the club up for sale over two years ago.

Writing in today’s programme notes before Hull’s game against Manchester United, Ehab Allam – son of owner-chairman Assem Allam – revealed that the family are close to selling the club, effectively using the opportunity to say his goodbyes.

It’s though that the Allams will be passing the buck onto a Chinese consortium (very on trend) headed up by a chap called Dai Yongge –  there’s a joke about living fast in there somewhere – who made his billions in the ‘underground shopping mall’ racket.

Which, all in all, is certain to come as welcome news to Hull fans, many of whom have grown increasingly weary of the Allams’ soulless tenure, these being the folks who wanted to change the club’s name to ‘Hull Tigers’ in the interest of corporate-friendly branding a couple of seasons ago.

Rejoice. It’s all over now – the only downside being that the new owners will have approximately three days to patch up their meagre squad before the transfer window closes on Wednesday.