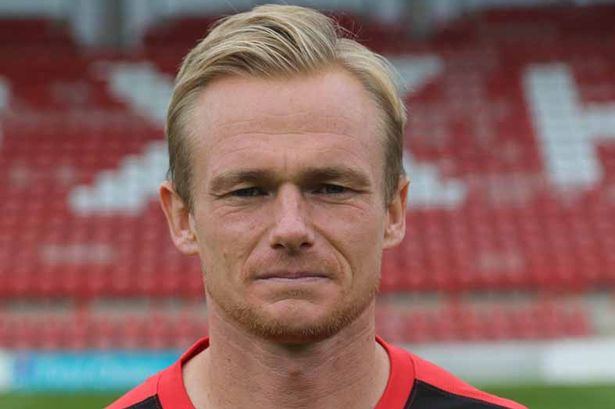 Having made well over 150 appearances and even captained the side as a player, Dean Keates was appointed as Wrexham’s new manager on Tuesday.

The decision to hire the 38-year-old on a permanent basis was made just hours before the Welsh club’s National League game against Barrow.

Keates then oversaw a spirited 2-2 draw against in-form opponents, but sadly didn’t escape his first game unscathed after both he and his assistant Andy Davies ended the night having bashed each other about in the dugout.

“I punched Andy in the face for our first goal and the second he dislocated my finger,” Keates told BBC Sport.

“We had to get the doctor to pop my finger back in.”

We don’t claim to be experts on the subject chaps, but you might want to try standing a little further apart next time.