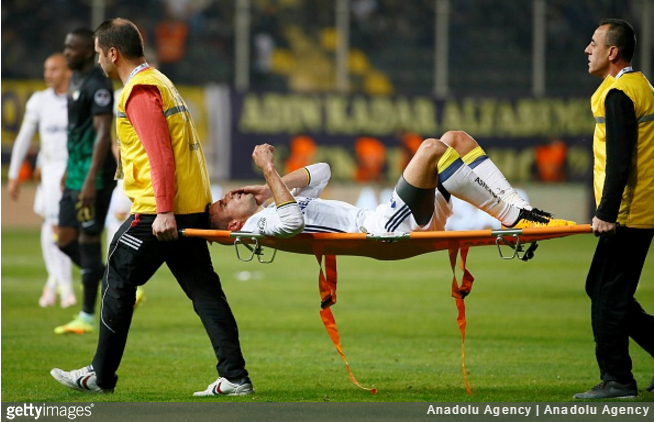 Robin van Persie has taken to social media to confirm that, despite initial fears, he managed to escape serious injury after going off in Fenerbahce’s 3-1 win over Akhisar Belediyespor with blood pouring from his eye.

While tussling in the penalty area, the Dutch striker was accidentally caught by the flailing fingernail of Akhisar defender Abdulwahid Sissoko.

After waiting pitchside for an ambulance, Van Persie was taken to hospital as several, overly-sensationalist sources reported that he may have been blinded and/or lost his eye.

Thankfully, the man himself has now issued a brief statement via Instagram to confirm that his eye is fine and that the laceration he suffered is largely superficial…

As we stated earlier, Van Persie is now expected to make a full recovery and be fit in good time to face Galatasaray in Fenerbahce’s first game back after the international lull.