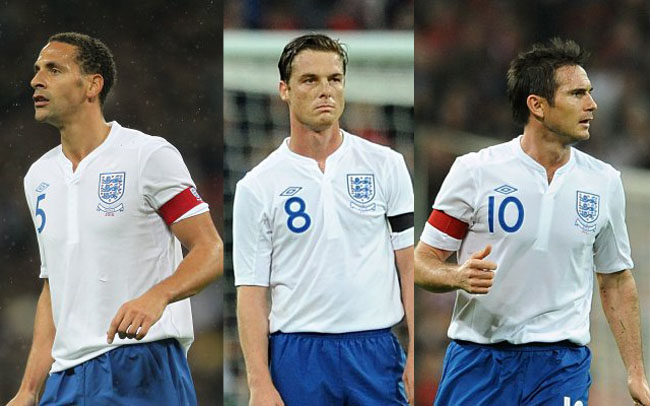 The FA have finally decided that, until the John Terry case is resolved, the England man should be stripped of the captaincy. The FA expect the trial to be over and done with prior to the Euro Finals, but one wonders if JT will ever have the pleasure of sporting the captain’s armband for his country again.

Much has already been written on the very issue of Terry’s position in the Three Lions’ set-up, but what I’m wondering is, just who should take over as El Capitano for England. Should Rio Ferdinand get the captaincy back (edit: I’m just hearing that he’s tweeted himself out of the running)? Or does Frankie Lamps deserve a go, considering his impressive form for Chelsea this season?

Surely Stevie G will be in with a shout if he’s back in the England scene by June. How about a left-field nod toward Scott ‘Scotty’ Parker. The midfielder has the experience and has emerged as a central figure in the England side?

Anyone else worth a shout? What do you think people?

“I don’t want to be england captain after the last episode,just want to concentrate on playin for utd&if I make the squad then as ever I’ll be delighted.”