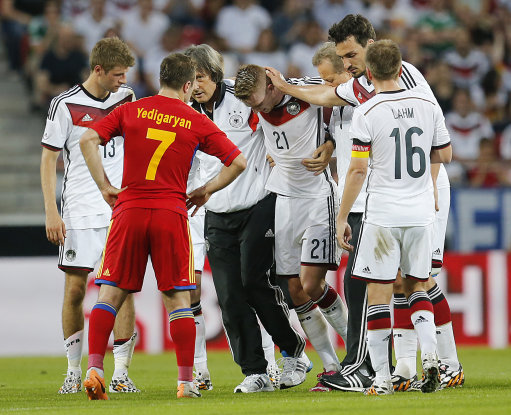 According to the fine people over at the German national team’s official Facebook page, it looks like Marco Reus is the latest name to be scrawled on the ever-lengthening World Cup injury list after suffering ankle ligament damage during Germany’s friendly against Armenia last night.

Germany spanked Armenia 6-1 but Reus didn’t make it to half-time – turning his ankle while tussling with Artur Yedigaryanl and limping off in the 43rd minute, looking close to tears as he hobbled gingerly down the tunnel.