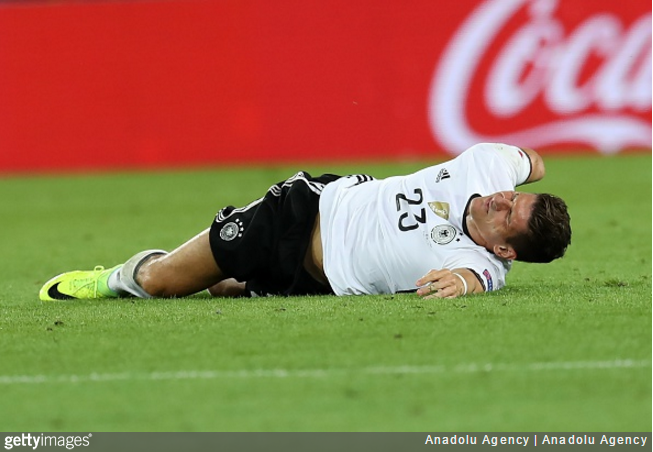 Unfortunately, Germany will have to do without Mario Gomez for their upcoming World Cup qualifying double-header against Czech Republic and Northern Ireland after the striker pulled out of the squad due to injury.

The news was broken by Gomez’s current employers Wolfsburg, who issued a statement to confirm that the 31-year-old would be unavailable for national service due to a rather curious (and painful) sounding problem with his derriere.

Mario Gomez must pass on the upcoming 2018 World Cup qualifiers against the Czech Republic and Northern Ireland.

The Wolves number 33 was forced to pull out of the DFB selection due to hardening of a buttock muscle and will not participate in training for a couple of days.

Pies don’t claim to be German doctors, but that sounds like a cut and dried case of ‘Concrete Arsche’ to us.