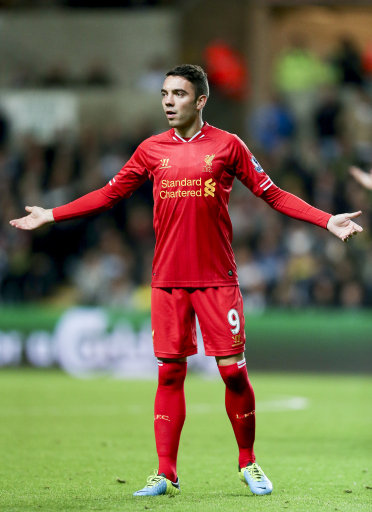 Earlier today, Liverpool striker Iago Aspas tweeted to confirm that he was feeling low having been told that the unfortunate ruptured rectum he’d suffered in training was going to keep him out for the next five or so weeks…

Hey, that’s what happens when Martin Skrtel goes in too hard.

Thankfully, the Liverpool Echo have posted an update vis-a-vis Aspas’ ailment, confirming that the wee Spanish forward has merely torn his thigh muscle…

Just to confirm Aspas has torn his thigh muscle NOT ruptured his rectum. Will be out until late Nov/early Dec

We think we can probably speak on behalf of not only Aspas but the entire human race when we say “well thank Christ for that!”