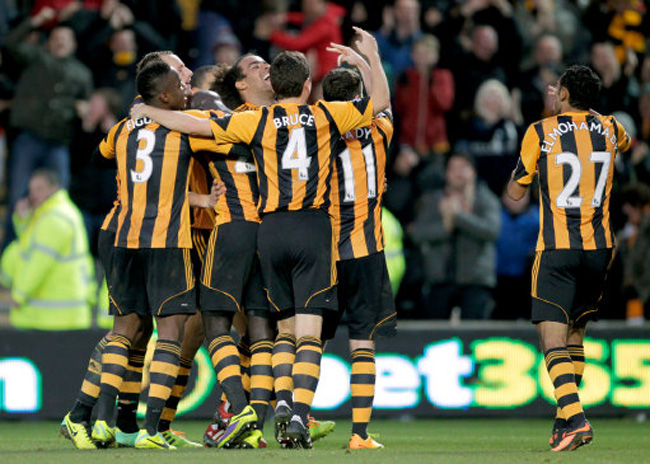 A Liverpool side shorn of the injured Daniel Sturridge produced a rather toothless display away at Hull on Sunday, ultimately going down to a 3-1 shock defeat.

Jake Livermore opened the scoring for the home side on 20 minutes, with his effort deflecting in off Martin Skrtel. The visitors were struggling to provide a potent goal threat but the equaliser did come, courtesy of a clever Steven Gerrard free-kick.

After the break, the Tigers once again looked assured and eventually took the lead after some horror defending from Kolo Touré in the Liverpool box, which allowed David Meyler fire into the bottom corner. The Reds tried to get back into the game but it was Hull who score the next (and last) goal of the game, when Tom Huddlestone’s effort was knocked into the Liverpool net by Martin Skrtel.

The defeat sees Liverpool fail to make up any ground on league leaders Arsenal while Steve Bruce’s Tigers find themselves tenth.