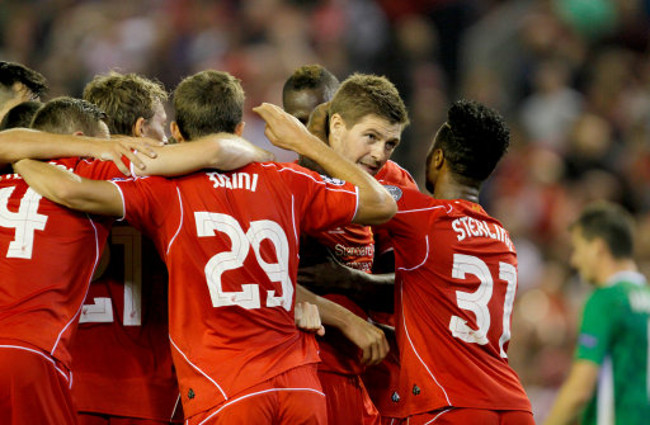 Back in the Champions League for the first time since 2009, Liverpool were expected to easily beat Bulgarian side Ludogorets Razgrad. However, instead the home side struggled to create enough good chances.

Adam Lallana did go close just before the break and in the second period the reds pushed for a goal which eventually came on 82 minutes. Mario Balotelli was the goal hero for Brendan Rodgers’ men, holding off two defenders before firing home.

That goal came after the visitors had gone very close courtesy of  Roman Bezjak’s effort which hit the post. However, the Bulgarian champions were back on level terms almost instantly when sub Dani Abalo rounded Simon Mignolet and slotted home.

But here was still more drama to come. With the game all but over,  ‘keeper Milan Borjan fouled Javier Manquillo in the box to give Steve Gerrard the chance to win the game for Liverpool, which he took.

Not a great performance for the Reds but three points is at least a good base to build on.