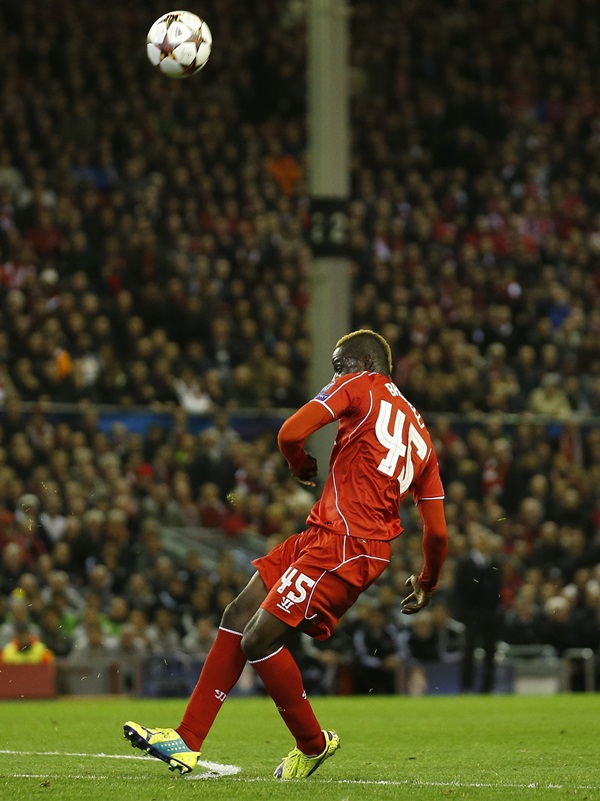 Mario Balotelli is facing a ticking-off from Brendan Rodgers today after riling his manager by swapping shirts with an opponent at half-time during Liverpool’s 0-3 defeat against Real Madrid in the Champions League on Wednesday night.

With Liverpool already three goals down at the time, Balotelli swapped shirts with Pepe as the two teams made their way down the Anfield tunnel at the interval – which, if the general reaction is anything to go by, was and is the ultimate affront to all that is holy in this world…

Indeed, Rodgers confirmed to the press after the game that Balotelli, who was subsequently subbed off at half-time, will be reprimanded for the premature shirt-swap.

“It is not something I stand for,” Rodgers said.

“If you want to do that, do it at the end of the game. It is something I will deal with on Thursday.”

To be fair, Rodgers is sticking to his guns here, with the Liverpool boss having previously chastised both Mamadou Sahko and Philippe Coutinho for swapping shirts with Chelsea players at half-time when the two sides met at Stamford Bridge last season.

As for Balotelli, the guy’s obviously being made a scapegoat here, but are we alone in thinking his general performance against Madrid was far, far more disrespectful than him swapping shirts 45 minutes earlier than is usually customary?