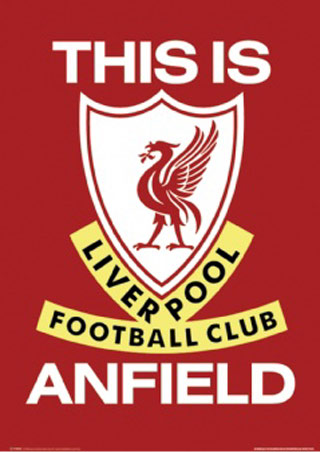 Yet more fans spouting off about their new signings and their loathing for rival teams? Great! This is what we want. Now, we visit Anfield where they’re all a bit excited about a certain Spanish striker… and likening Rafa to Nick Leeson… oh, and our scouse blogger comes from new Pies affiliate, LiverpoolPies!
Hello? Who are you? How did you get in here?

My name’s Dan Burt and I’m the editor of liverpoolpies.tv
Looking forward to next season? Think you’ll do alright?
My heart says that we’ll conquer the league winning it by Pancake day, my head says that yet again we’ll bottle it. Three weeks before the end of the season we’ll start sweating as we struggle to make the Champions league places. Again.

Happy with cheque book activity?
We’re as happy with our transfers as I was when I ruined the end of Harry Potter for my girlfriend. Â£40million spent wisely, if it doesn’t yield results we could be talking about Rafa in the same breath as Nick Leeson.

Who is set to impress?
The signing of the summer in my humble opinion is Andriy Voronin. Signed on a free, looks like a seasoned doorman and would kick Rooney back to his playpen. Oh, and he’s also a fine footballer.

Who needs to get their finger out?
There’s plenty of people owing us just a season, never mind a good one. Harry Kewell’s been injured for what seems like an eternity, and Jermaine Pennant has just been shit/crap/rubbish. If either of them show what they can really do, I’ll be a happy punter.
Who have you coming through the ranks that we should look out for?
I’d say there are three players you need to watch out for this season: Our new ‘keeper Nicolay Mihaylov, Nabil El Zhar the Morrocan wonder kid, and of course Ryan Babel who has looked impressive so far. But then again, Benitez doesn’t get it wrong too often.
Top 4?
Distancing myself for a moment, I believe this will be the final four 1st United, 2nd Liverpool, 3rd Arsenal, 4th Spurs. (A man can dream can’t he?)
Going down?

This season I can see a pool of 6 teams being in the mix for relegation: Fulham, ‘Boro, Derby, Wigan, Birmingham, and Sunderland. Out of those six I’d say Sunderland have the best chance of staying up – they seem to have bought well in the summer.

A random prediction?
That Wally Downes will get so angry that he’ll charge down the tunnel at Reading, grab a trident from his camper van and stick it through Steve Bruce’s nostrils. That, or Newcastle look good for a UEFA cup spot.