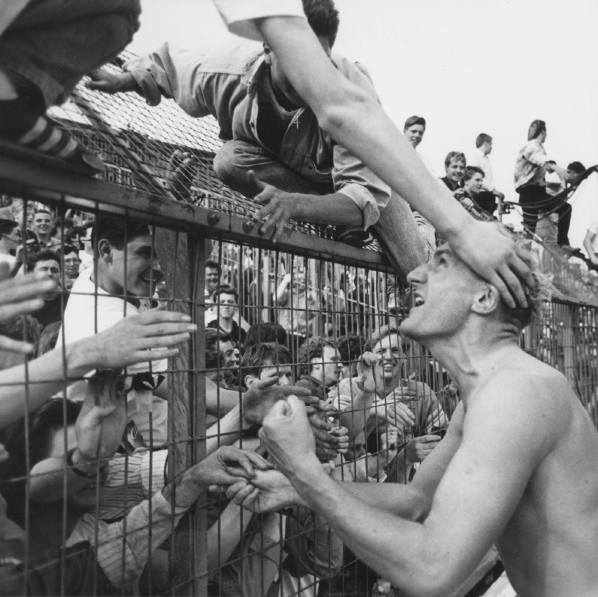 You’re looking at an old photo of a topless Tony Mowbray in his Middlesbrough days, celebrating some victory or other (a Boro promotion?). I have no more details than that. If I had to date the pic, I’d say late 1980s? I’m sure one of you lot will come up trumps…

Anyway, the point is: what the hell is Steven Gerrard doing on the terraces!? Back then, he were only a wee lad, not the full-sized Stevie G we see here. Proof that Stevie is a secret time traveller who supports the Boro? Could be.