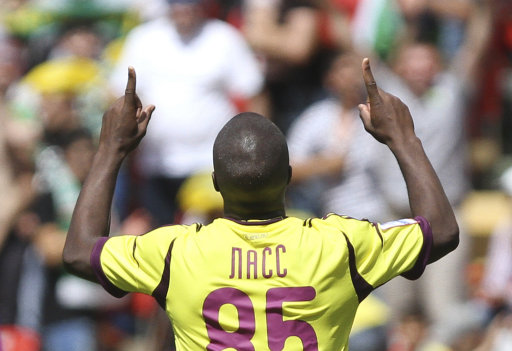 Lokomotiv Moscow midfielder Lassana Diarra has been forced to deny the ludicrous internet rumours that he is the “ex-Arsenal footballer-jihadist” who was recently filmed calling for fellow Islamist extremists to join the fighting in Syria.

The footage, circulated by the Islamic State of Iraq and Syria, shows a Portuguese man of African descent claiming to have grown up with Cristiano Ronaldo and having formerly been on the books at Arsenal before converting to Islam, assuming the name “Abu Issa Al-Andalusi” and leaving the football world behind “to make the path of Allah”… 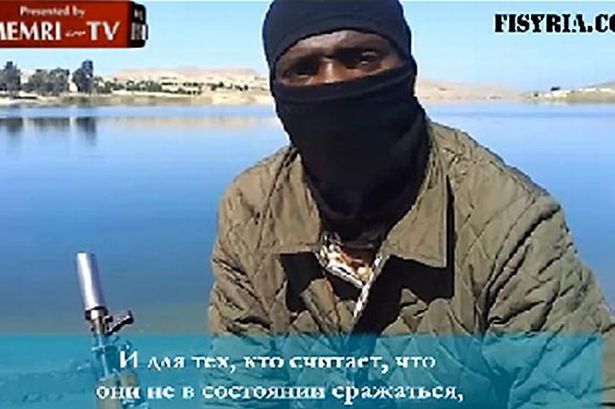 Rumours began circulating as to the identity of the “footballer jihadist”, with Diarra being settled on as a suitable candidate – presumably because he’s black and used to play for Arsenal.

It’s all nonsense of course, as Diarra (who was born a Muslim) does not speak with a Portuguese accent on account of being French and, most crucially of all, is still a footballer – given that he’s currently preparing for inclusion in Lokomotiv Moscow’s upcoming Russian Premier League tie against his former club, Anzhi.

The terrorist’s name also provided a whopping great clue, with militant converts often adopting their Muslim name based on their country or region of birth – “Al-Andalusi” being an antiquated Arabic name for the Southern Iberian peninsula, i.e, the southern-most tip of Portugal.

It’s maybe also worth factoring in that the balaclava-ed man in the video LOOKS ABSOLUTELY NOTHING LIKE LASSANA DIARRA.

In Syria??? Lol nice joke guys have a good evening on twitter G5!!!!

He then issued an accompanying denial through his lawyer, Eric Dupond Moretti, who said:

“Lassana denies in the most formal, the most categoric, the most absolute fashion that he has gone to Syria.

“He has never set foot in Syria. It’s absurd. He is not a jihadist, he is a footballer with Lokomotiv Moscow.

“He will play in Lokomotiv’s league game on Sunday.”

Oh, we simply don’t know who to believe!