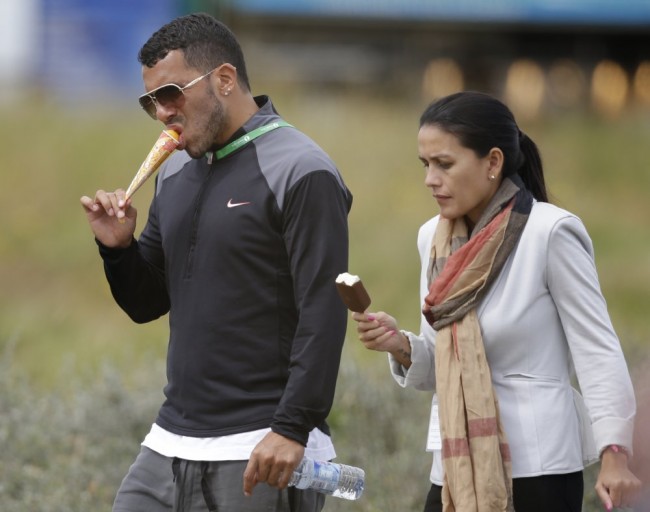 Dressed like one of the feral kids who swarm around park benches to worship at the alter of Smirnoff Ice of a night round our way, Carlos Tevez was on caddying duties for fellow Argentinian Andres Romero during the final round of the The Open golf thing yesterday.

However, Tevez’s caddy debut wasn’t much of a success, as Romero shot a 12-over-par 82 (which is apparently a fairly bad thing, leaving him with one of the worst rounds of the week and dead last in the standings of the players to make the cut.

Not that it means a damn thing to us, but five shots were dropped in the first four holes and just one birdie was carded on the 11th with four double bogeys, a sideways hedgehog and half a dozen wibbly piglets also racked up.

That said, it sounded like Carlos thoroughly enjoyed his afternoon spent fouling up a pro golfer’s afternoon:

“I enjoyed the round. The course is beautiful. The chance to walk along the course and to be around these great players is a pleasure and something unforgettable. This is the dream of everybody who plays golf. It was my first major!

“It was difficult to carry the bag because it weighed so much but it was fine. I couldn’t give any advice about the slopes but I just carried the bag and supported him each hole. Romero is a professional and he knows everything already. We worked together very well.”