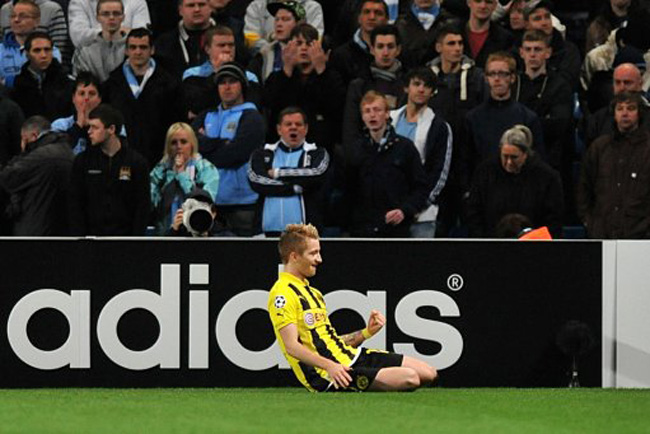 With only one point from their opening two games, Manchester City now find themselves in serious trouble in the so-called group of death. Roberto Mancini had called tonight’s clash with Borussia Dortmund a ‘must win game’, but the Germans fashioned numerous chances to put City out of sight, only for Joe Hart to come to his side’s rescue time and time again.

Marco Reus did open the scoring for the visitors on 62 minutes, but the Citizens battled back and were eventually awarded a last-gasp penalty kick (somewhat fortuitously) after Neven Subotic handled in the box. Mario Balotelli stroked home to give his side a share of the points. However, getting to the knockout stages of the competition will take a real effort from the Premier League champions now.