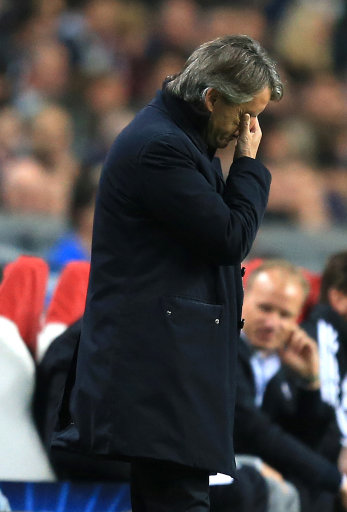 On a dismal night for English sides in Europe, Manchester City went down 3-1 in Ajax after a woeful performance in Amsterdam.

Samir Nasri had opened the scoring for the visitors on 22 minutes, but that goal came against the run of play, as Ajax bossed the game from start to finish. It did take the Dutch side until the last minute of the first-half to equalise, courtesy of Siem De Jong but after the break they bagged two more goals, with Nicklas Moisander heading home and then the superb Christian Eriksen (helped by a deflection off Gael Clichy) sealing the win.

City did stage a mini-rally late on but failed to score again in a game where they were defensively all over the place.

With just one point from their first three games, City’s hopes of escaping from the Group of Death are now in intensive care.