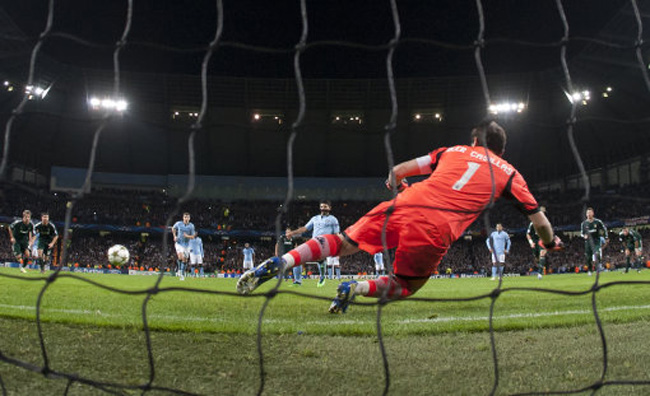 Manchester City failed to make the Last 16 of the Champions League for the second season in a row after they could only draw with Real Madrid at the Etihad.

The visitors were ahead after just 10 minutes when Karim Benzema was left unmarked to score from close range. Madrid pushed for a second, with Cristiano Ronaldo unsurprisingly pulling the strings for Jose Mourinho’s side. However, despite creating a number of good chances, the Spaniards failed to build on their lead.

After the break, the Citizens improved but it took until the 74th minute for the home side to get on level terms. Alvaro Arbeloa felled Sergio Aguero in the box and the Argentinian hitman fired home from the spot. Former Liverpool man Arbeloa was also sent off for that foul, after receiving a second yellow, but even with an extra man, City couldn’t get that vital win.

The Citizens are now bottom of Group D, having picked up just three points from five games. One wonders if this second Euro-failure in a row will cost Mancini his job at the end of the season?