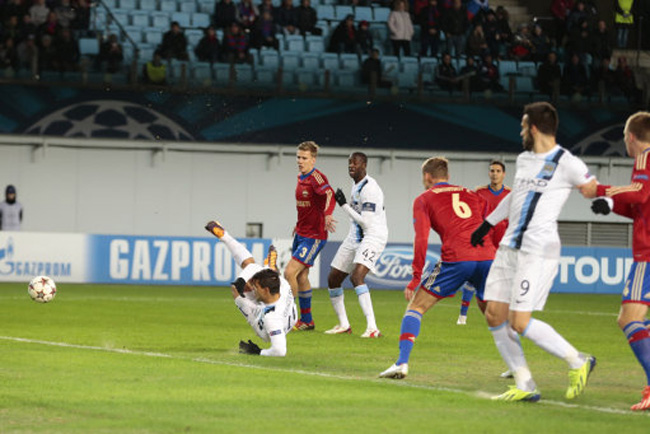 Manchester City battled hard, on a dismal pitch, to overcome a tough Moscow side on Wednesday night, coming from behind to secure a precious win.

Former Manchester United flop Zoran Tosic had opened the scoring for the hosts on 32 minutes, courtesy of a fine lobbed goal. However, within two minutes the Citizens were level, after the superb Sergio Aguero fired home from a David Silva cross. Then, just before half-time, City went ahead, with Aguero heading home from a fantastic Alvaro Negredo cross.

In the second period, the Russian champions battled hard to get back on level terms, with Joe Hart called into action more than once to protect his side’s lead. Ultimately, Manuel Pellegrini’s side would hold on and register a win which puts them well placed for a berth in the knockout stages.