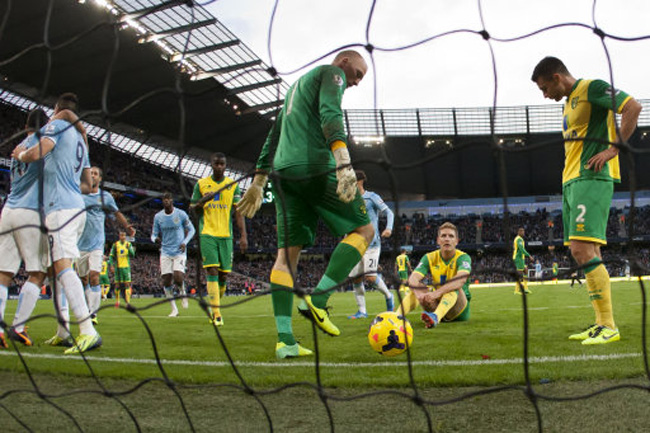 Man City’s first goal in this uber-rout may have been a rather lucky affair, with the ball going in off Bradley Johnson, but from then on, the Citizens gave Norwich a right old spanking.

David Silva, Matija Nastasic, Alvaro Negredo, Yaya Touré (with another super free-kick), Sergio Aguero and Edin Dzeko all got on the scoresheet as Chris Hughton’s charges produced a display of inept defending.

In the City goal, Costel Pantillimon, in for the dropped Joe Hart, had little to do as his side romped home to a record win for the club.