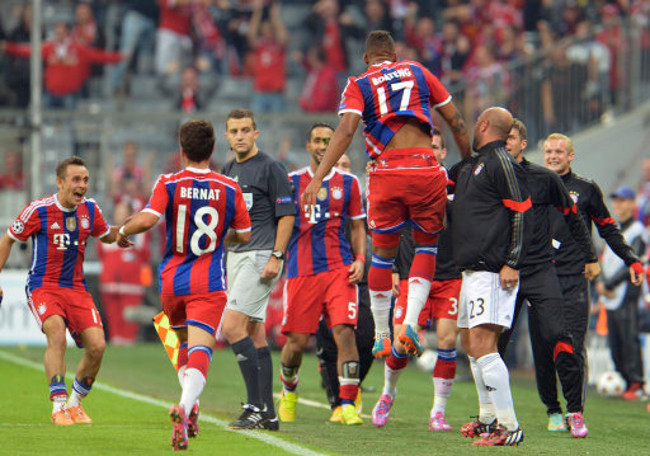 Former Citizen Jerome Boateng dealt the body-blow which finally broke down a resolute Man City side in Munich on Wednesday night.

The Premier League champions were second-best for most of the game with Joe Hart keeping them level on a number of occasions. However, with Manuel Pellegrini’s side looked to be heading for a valuable point at the Allianz Arena, World Cup winner Boateng fired home after a corner to give the German giants all three points.

By no means a disaster for City, but a number of their players (including Yaya Touré) will need to up their game if they are to seriously challenge for European honours this season.