Having just watched his dad score his first international hat-trick in Argentina’s pre-Copa America warm-up panning of Bolivia, six-year-old Benjamin Aguero invited his grandad – who, it should be noted, just so happens to be Diego Maradona – out into the back garden for a spot of one-on-one.

With his six-year-old opponent proving just to spiritedly to keep up with, Maradona went into full ‘competitive dad mode’ and attempted to scythe young Benjamin down with a ruthless leg-sweep.

However, the whipper-snapper simply bounded back to his feet and launched a swift counter-attack up field, seeing off some impressive cover work from a dog to drive the ball into grandad’s unguarded net…

It’s reassuring to know that every young player around the world seems to get the same treatment from their elders. It’s ‘character building’ after all!

However, El Diego’s chop has nothing on Vinnie Jones’ full-blooded reducer on a Leeds mascot (who has since been apocryphally identified as Wee Gordon Strachan’s son) at Elland Road… 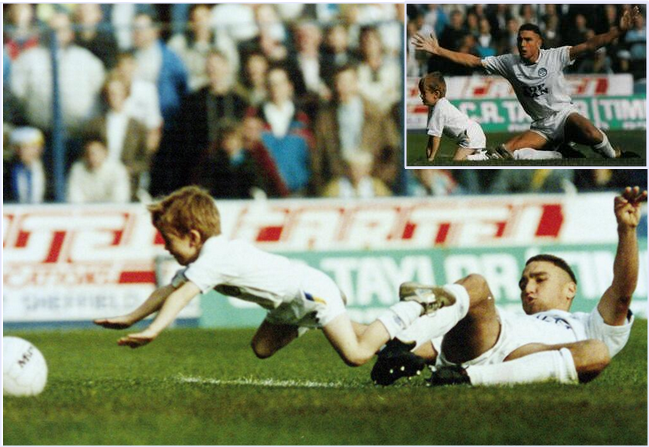