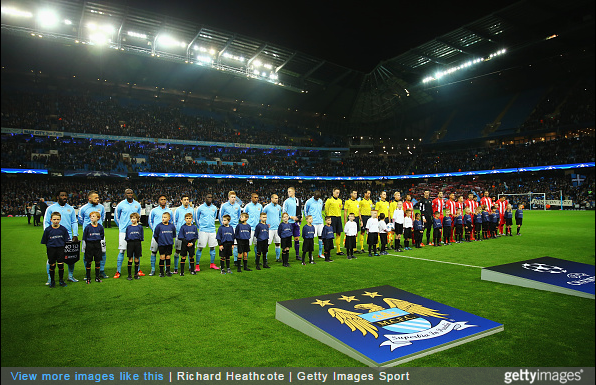 UEFA are set to throw the book at Man City fans after they carried on with their traditional booing of the Champions League anthem before last night’s group stage match against Sevilla.

City fans have been booing the anthem ever since the club was stung by UEFA’s Financial Fair Play rules in 2013, and now it would appear that the UEFA Thought Police have had quite enough of their flagrant insubordination.

As per the Daily Mail, City have been told to expect a charge for their fans’ behaviour – UEFA being a bastion of all that is good, wholesome and sporting in this world, of course.

The more we hear about football’s inner workings, the more we honestly believe the whole thing is beyond repair.