Well, you can now add former Manchester City full-back Sun Jihai to that list of luminaries, after the Chinese player was inducted into the Hall of Fame on Friday… 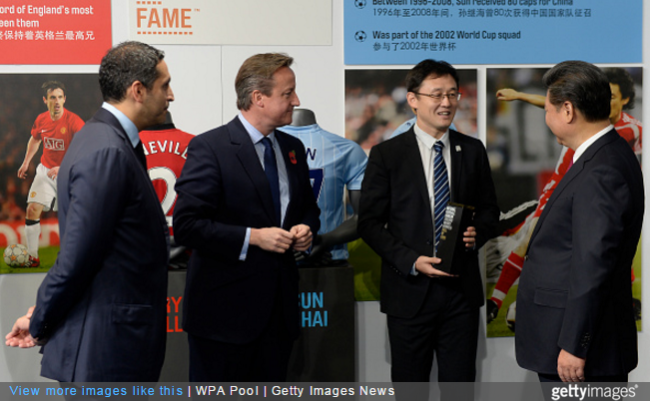 Sun Jihai’s inclusion rather interestingly coincided with the visit of Chinese President Xi Jinping to the museum, something Sergio Aguero was certainly excited about.

The 38-year-old Sun Jihai currently works as an ambassador for the club although he still plays in the Chinese top-tier for Chongqing Lifan. 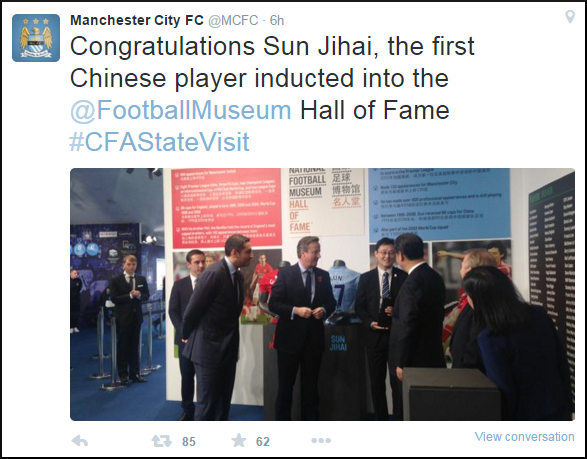 A decent if slightly mediocre wing-back in his pomp with the Citizens in the 2000s, who he joined after a loan spell with Crystal Palace, Sun Jihai moved to Sheffield United before returning to his homeland in 2009.

Never a player of world-class proportions or one deserving of such legendary status, his inclusion in the Hall of Fame is obviously a 100% political move which is, and always has been, the way of world.

Still, well done Sun! You made it buddy!

As an Irishman, I’m hoping Shane Long (for his goal against Germany) will get his name on the list the next time Michael D. Higgins pops over the Irish Sea.