Manchester City reached the last four of the League Cup for the fourth time in the last seven seasons after a convincing, Kevin De Bruyne-inspired win against Hull. 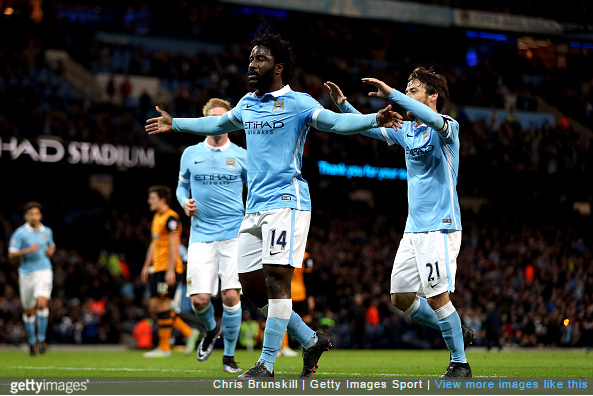 De Bruyne was the star of the show for City, with the Belgian playmaker’s shot on 12 minutes coming back off the post, leaving Wilfried Bony to fire hone the opener.  Tigers’ boss decided to rest a number of first-choice players and his side struggled to trouble their top-flight hosts throughout. City boss Manuel Pellegrini handed David Silva his first start since early October and Spaniard impressed throughout.

After the break, the Citizens continued to dominate  it took until the 80th minute for the hosts to double their advantage, with Kelechi Iheanacho netting from close-range after a Raheem Sterling centre. A brace from the superb De Bruyne sealed the deal for City before Andrew Robertson bagged a consolation goal for the visitors.

The return of Silva along with continuing form of De Bruyne will please Pellegrini, with the Citizens now strong favourites to the lift the Capital One Cup this season. As for Hull boss Bruce can now put his focus back on league football and his side’s quest for a return to the top-flight.