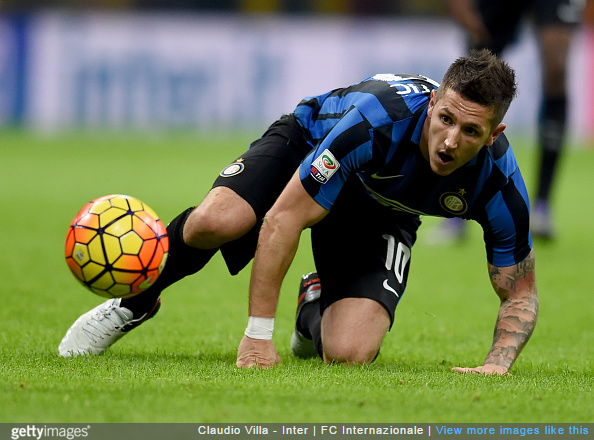 Young Montenegrin player Milivoje Raicevic has revealed that shortly after tearing his cruciate ligament in August, he found he had a guardian angel in the somewhat unlikely guise of Stevan Jovetic – the Man City striker currently on loan at Inter Milan.

The 22-year-old Buducnost Podgorica forward revealed to UEFA.com that he was at a loss after sustaining the injury as he had no means of paying for the medical care he needed to recover. With money already tight, his club were also unable to chip in.

Then, as luck would have it, his phone rang. On the other end of the line was fellow Montenegrin striker Jovetic, who immediately contacted Raicevic when he learned of his compatriot’s dire situation.

We”ll let Raicevic himself pick up the story from here:

When he heard what had happened and discovered that my club doesn’t have enough money to send me to Augsburg following a misdiagnosis in Montenegro, Jovetic called me and offered his help.

He arranged for me to meet a doctor who helped him when he had the same injury [in 2010]. Jovetić covered all examination costs and also paid for surgery, which I had a few days ago in Serbia.

All I can do is say many, many thanks and promise to Stevan that I will be back next season, scoring goals for him.

Don’t that just warm your cold, cynical cockles? It should also be mentioned that prior to the initial phone call, Jovetic had never met Raicevic before in his life. He didn’t know the guy from Adam, but still felt enough compassion to do him a solid.