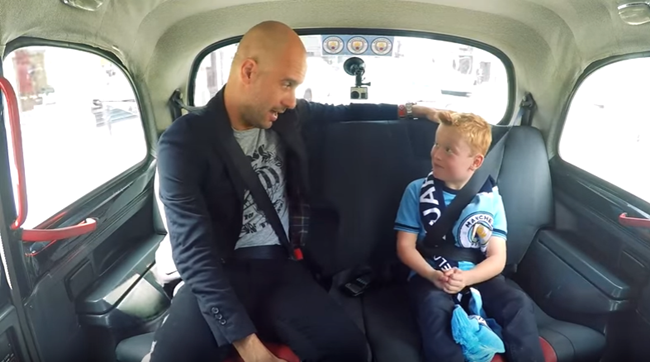 This is the parable of seven-year-old Man City fan Braydon. That’s him up there with the ever so slightly startled look on his face.

One day, not so very long ago, Braydon stood waiting on the streets of Manchester assuming that he was about to be picked up for a special jaunt around town in the company of City’s ever-chirpy kitman Les ‘Chappy’ Chapman.

As it happens, Chappy was the bloke on driving duties that fateful day but, as our Braydon soon realised, the club had laid on a much bigger surprise for one of their littlest fans…

And doesn’t Pep seem like a perfectly lovely fellow?